The Ciarnadoi: welcome in one of the
best luxury Hotels in the Dolomites

A wonderful 4 star Hotel in Trentino

Welcome to the Ciarnadoi, one of the best luxury Hotels in the Dolomites located in Val di Fassa (Trentino Alto Adige)
Relax in the spacious rooms with their simple and comfortable design and relaxing and peaceful atmosphere.
Stay in the suites of more than 50 sq.m. surrounded by wood and without any carpets…
Enjoy the view from the balconies in the suites, from the terrace and from the windows in the restaurant and bar.
Savour the gourmet cuisine accompanied by the extensive buffet and homemade desserts and snacks to tantalise your palate.
Pamper yourself in the SPA: more than 800 sq.m. of saunas, whirlpools, relaxation rooms and an ice fountain… 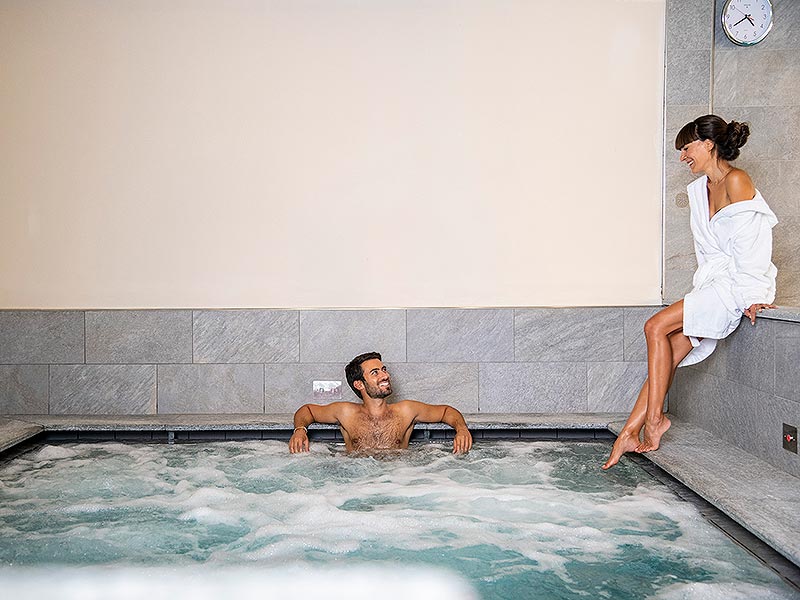 Take advantage of the advice from sector experts: skiing, slopes, trails, excursions, via ferratas etc. have no secrets. At the Ciarnadoi you have a skiing instructor at your disposal, as well as the entire Lorenz family who were born and bred among the mountains in Val di Fassa and are happy to help you in any way.

Take advantage of first-rate services for your sporting moments: equipment storage with washing areas, a private shuttle to the ski lifts…

The 4 star Hotel in Val di Fassa “The Ciarnadoi ” is just 600 metres from the Catinaccio cable car, the Dolomite paradise for hikers and skiers.

The 4 star Hotel in Val di Fassa “The Ciarnadoi ” is your oasis of sport and relaxation in the heart of the  Dolomites in Val di Fassa, the jewel in the crown of Trentino.

NO PETS. Pets are not allowed at the Ciarnadoi to safeguard hygiene in the hotel and those who suffer from allergies to animals.

The place name “Ciarnadoi” (or also “Cernadoi”) can be found in all Ladin Valleys - Gardena, Badia, Fodom and d'Ampezzo – while in Val di Fassa there is a Ciarnadoi in Moena, one in Vigo and one in Canazei.

“In the summer farmers cut the grass to obtain fodder to feed the animals during the winter. They did not have time to take care of the animals. They were moved to high pastures and watched over by a shepherd who took care of them. Towards the middle of September the shepherd took the animals from the mountains pastures down the valley to a place – called the “Ciarnadoi” – where his job was finished and every owner “retrieved” (from the Latin cernere to retrieve: Ladin is a neo-Latin language) their cows and took them back to their cowshed. From there the name “Ciarnadoi” was given to the hotel that was built on the place where cattle owners “retrieved” their cows who had come down from the Vael pastures or more precisely from the “Mandra” Malga just below “Pael de Sot.”

Among tradition and modernity and respecting nature The Ciarnadoi is the hotel you can stay in Val di Fassa in Trentino - South Tyrol. Facing the Monzoni and Catinaccio mountain ranges, at the foot of Roda di Vael, just a short distance from the “Pianac” woods and St. Julian’s XIII century church.

At the Ciarnadoi you can combine the joy of enjoying Nature with the wonder of cultural discovery of an ancient people, the Ladins the first inhabitants of the Dolomite region.

The Lorenz family– Bora (Ladin nickname that means “tree trunk” in Italian) will discreetly take care of your well-being, from re-charging your batteries, relaxing and helping you to choose the activities to suit you best so that your holiday becomes – albeit always too short … - unforgettable.

When building the Ciarnado classic mountain materials like stone and wood were used as well as more modern yet eco-sustainable ones such as steel and glass. The dominating theme through the spa, the hall, the corridors and the rooms is Luserna quartzite as well as planed oak floors.

The hall at the Ciarnadoi Design & Suite Hotel is bright and the pastel colours make guests feel immediately at home.

The fireplace adds a touch of intimacy.

Our greatest treasure is the environment we live in.  We have a large responsibility for the resources we use and the obligation to transmit what we have received to those who come after us.

The Lorenz family decided to renovate while respecting nature.

The Ciarnadoi Eco Hotel was built with reasoned, reasonable environmental sustainability criteria and without excess. The masonry is in Poroton clay brick for maximum thermal-acoustic insulation. Low-emissivity triple glazing was used in a search for sophisticated acoustic isolation.

When it comes to organic, virtue often lies somewhere in the middle. On one side it is necessary to save energy as much as possible and on the other however you must be able to enjoy the environment you live in. Otherwise you risk having to grow things in a greenhouse and that is not what the Eco Hotel wanted to offer their guests.

Thermal energy comes from wood pellets used in the biomass power plant, electricity is produced by hydroelectric power plants by the Pozza di Fassa Consortium of which the hotel is a member; the principle is simple: water flows from the top to the bottom through a penstock and turns the turbines that in turn activate a dynamo that creates electricity. Using this force produces the clean energy also used by the  Ciarnadoi Design & Suite Hotel, one of the best luxury Hotels in the Dolomites.

The Ciarnadoi  is an “Itaca” certified hotel, a mark recognised by the autonomous Province of Trento for buildings that use energy from renewable sources, with low energy consumption and that have virtuous recycling practices. 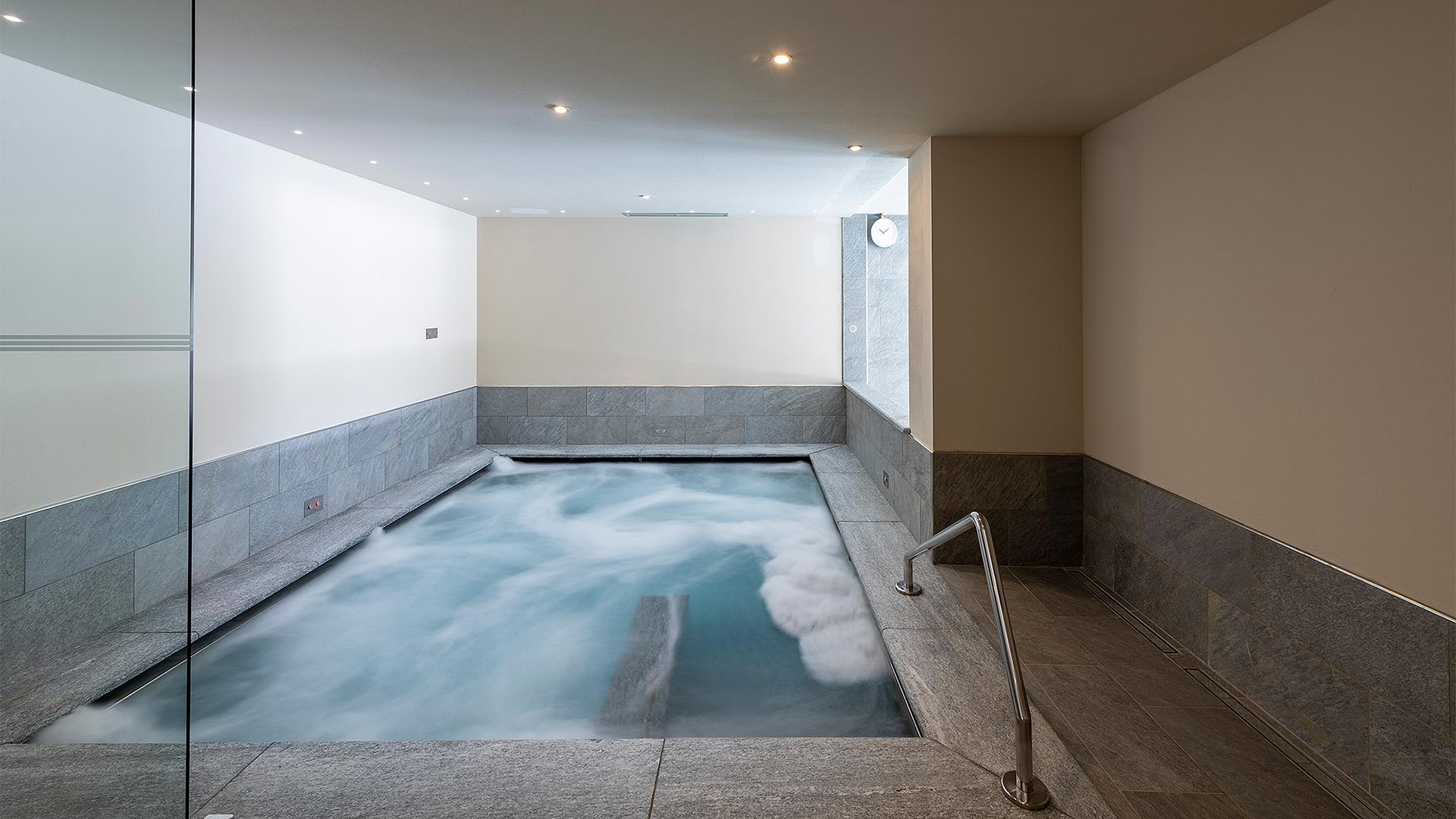 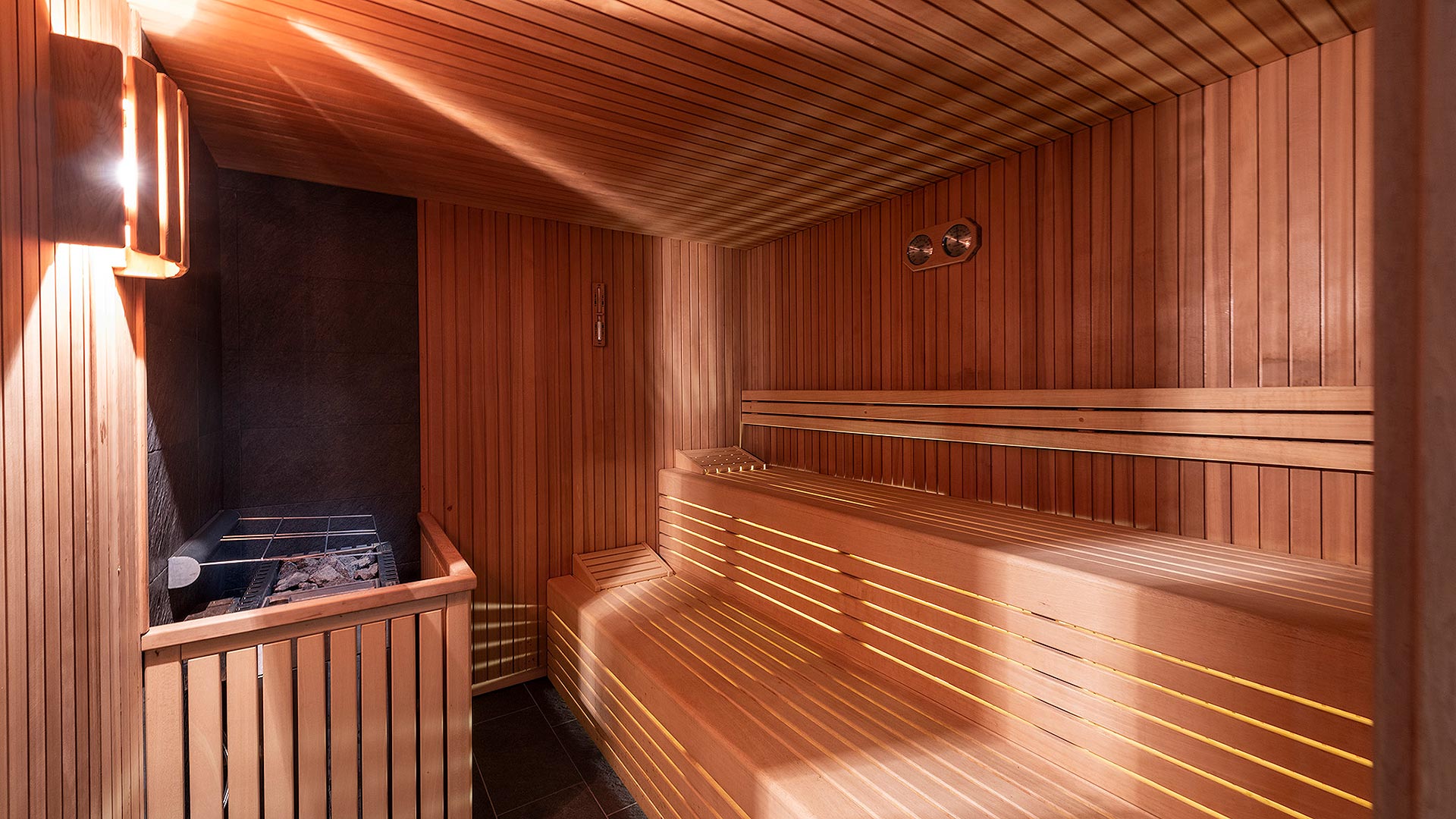 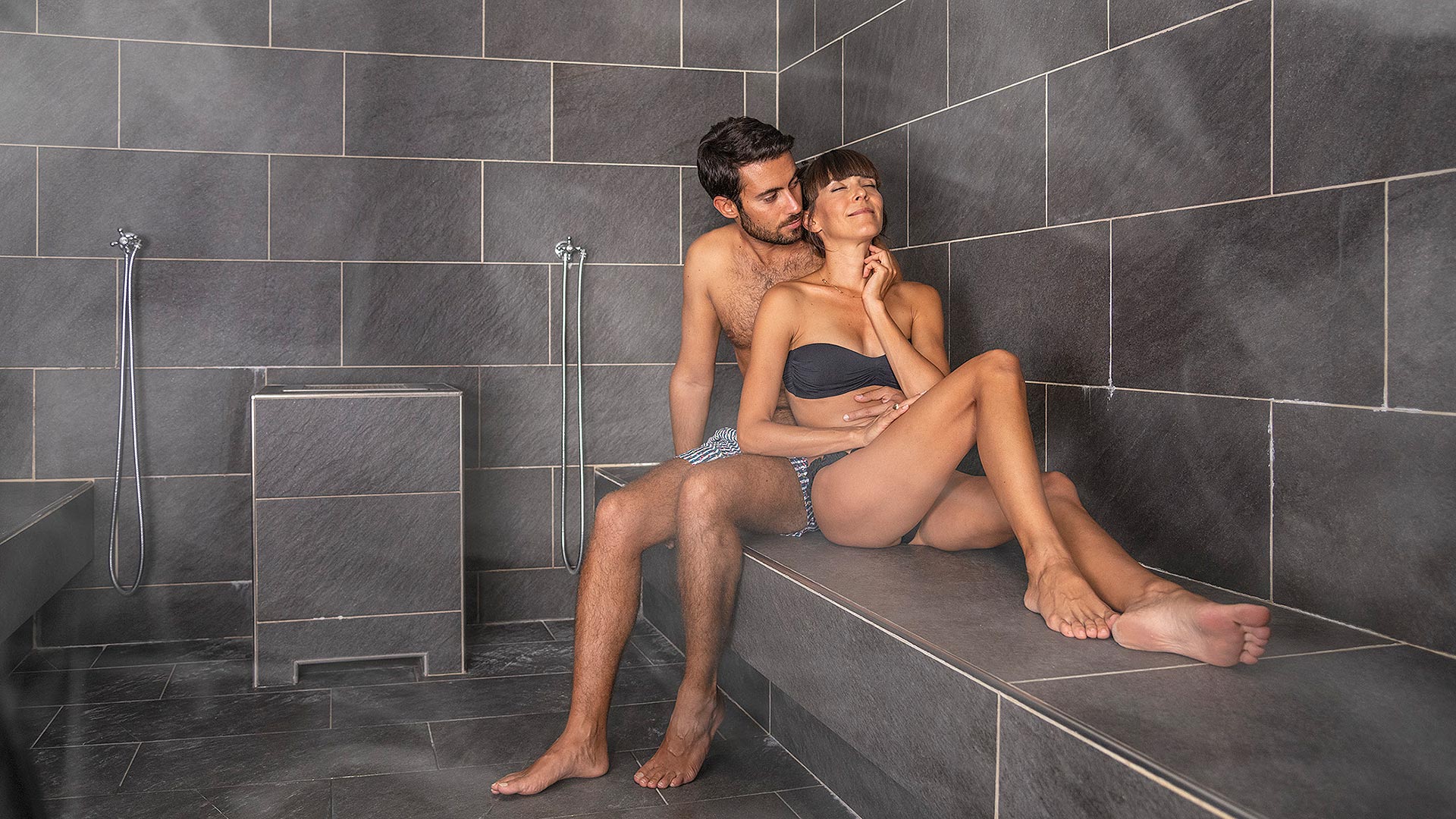 Well-being & Beauty: for an unforgettable sense of well-being

Pools, a SPA, saunas a Turkish bath, a whirlpool and relaxation rooms in the SPA and Beauty Centre at the Hotel Ciarnadoi, one of the best luxury Hotels in the Dolomites. Whether you want to recharge after a day in the mountains or just want to relax don’t miss the various treatments on offer. 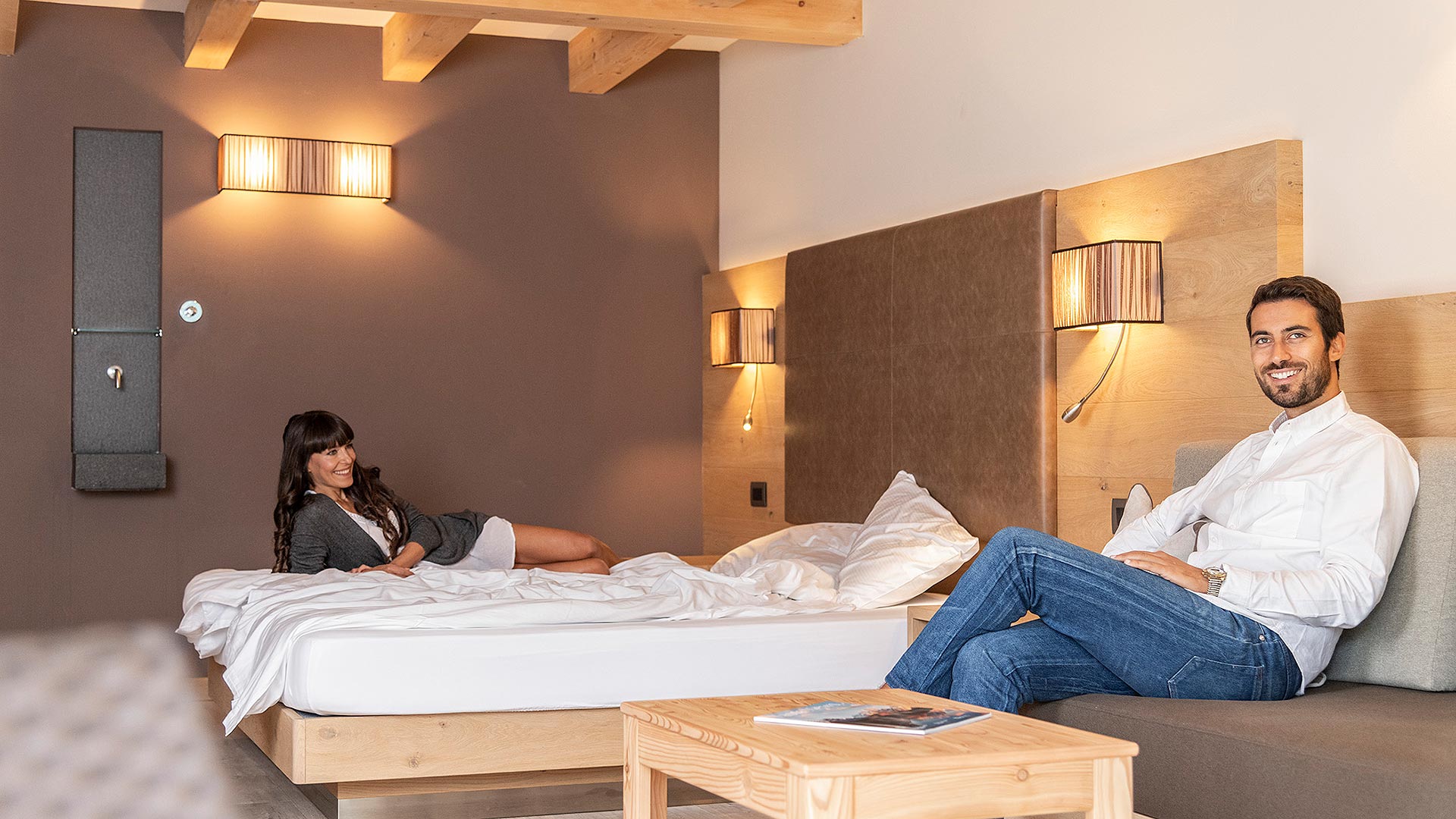 Elegant rooms, wooden floors without carpet, sophisticated furnishings and a unique atmosphere. Our rooms and suites are ideal to find peace and quiet after a day outdoors. 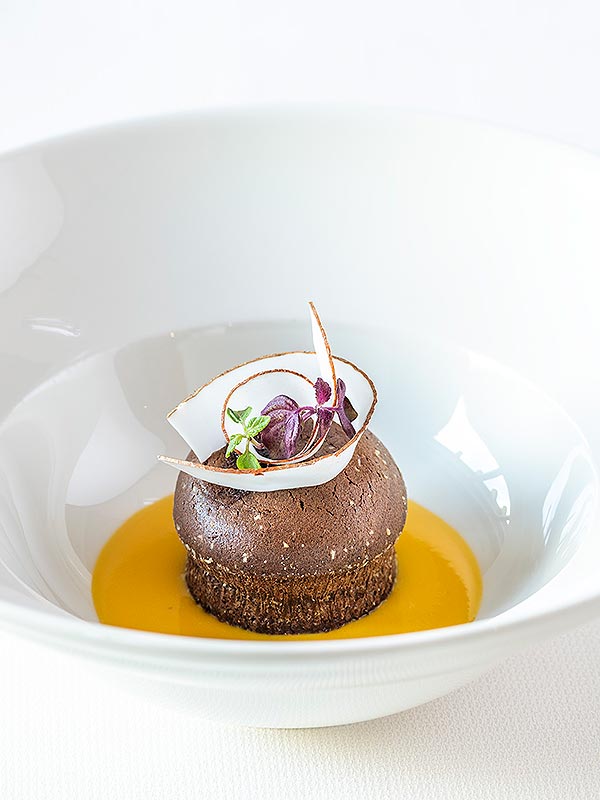 Gourmet Restaurant:
joy for the palate 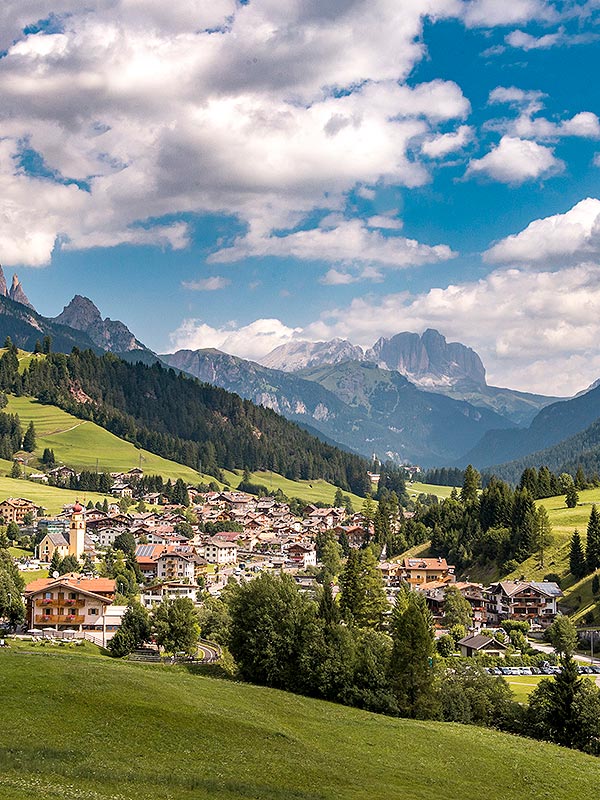 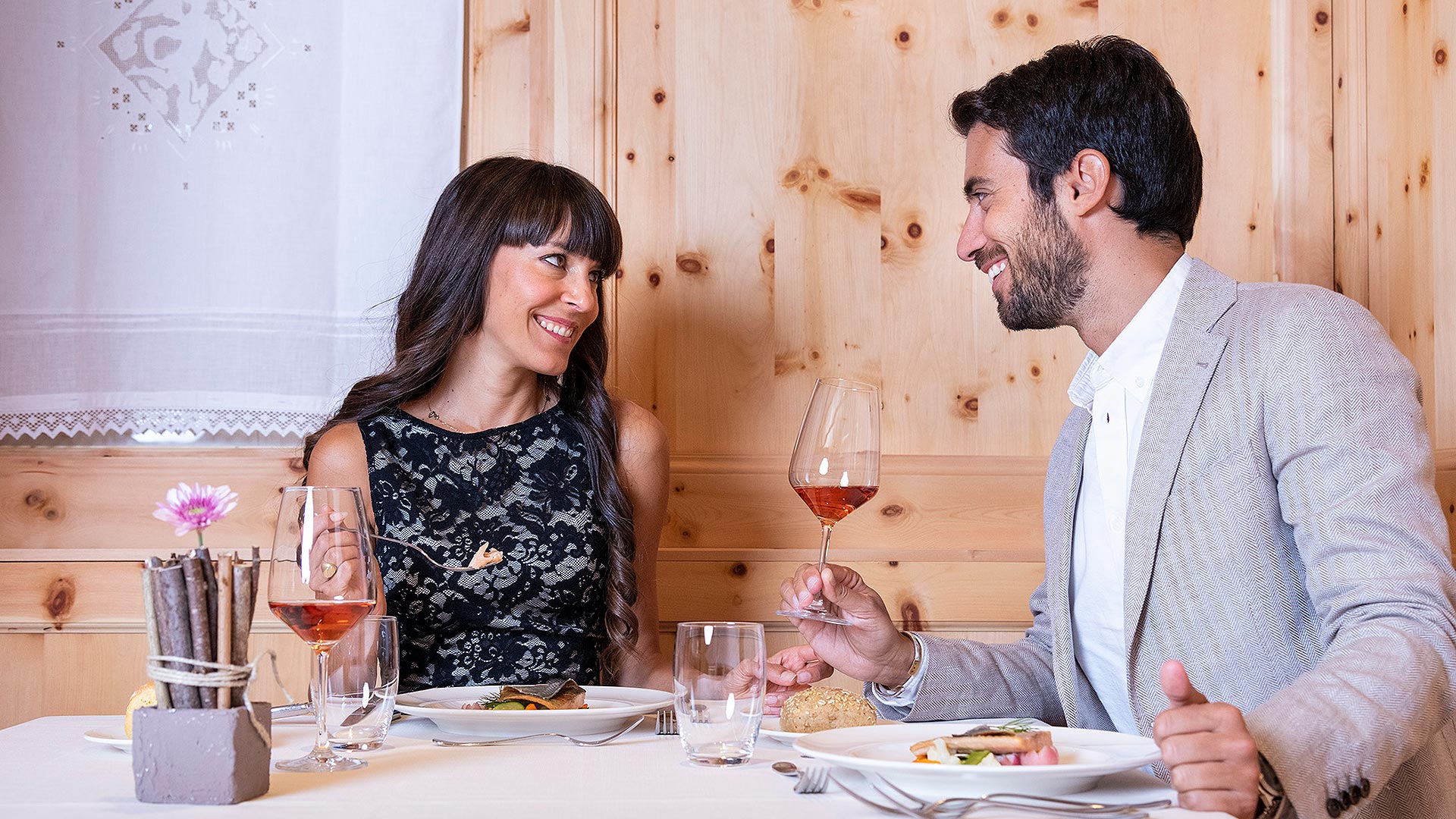 Special Packages at the Ciarnadoi